By building relationships with Pittsburgh musicians for more than 50 years, we have cultivated a team of the most highly skilled instructors in the area. Our diverse range of teachers are professional musicians who have trained at prestigious music universities and played with some of the most iconic musicians across all genres of music. 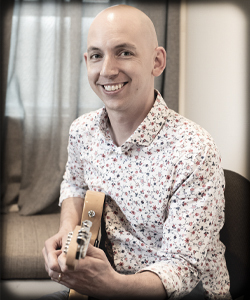 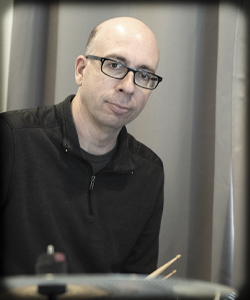 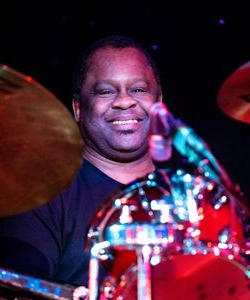 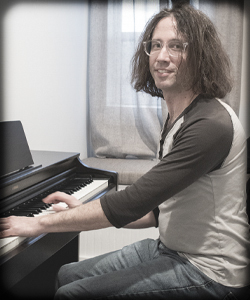 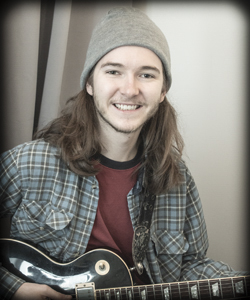 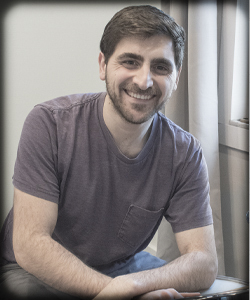 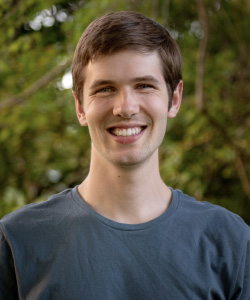 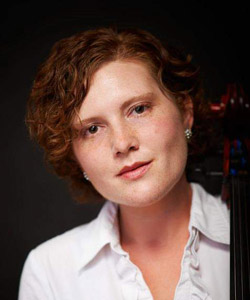 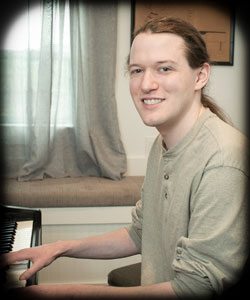 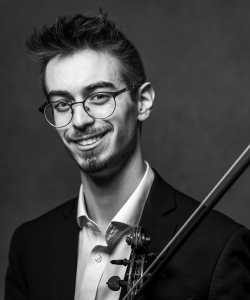 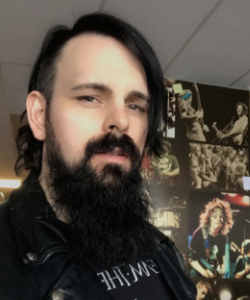 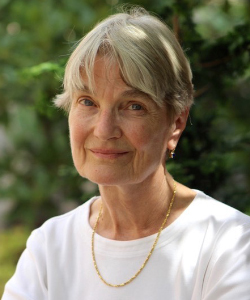 Kyle Steindler is a performer, educator, and arranger originally from Manassas, Virginia. His musical education began at 8 years old; first with piano lessons and then progressing to studying both the guitar and euphonium. He is currently finishing his Masters Degree in Music Performance at Carnegie Mellon University with Lance LaDuke and received his Bachelor’s Degree in Music Performance from West Virginia University in 2020.

In addition to classical playing, Kyle uses brass instruments in conjunction with electronic effects and digital manipulation. One of his current focuses is on developing technologies that allow him to wirelessly interact with his computer and audio software while performing. Kyle enjoys writing new compositions as well as creating arrangements of popular music and movie soundtracks.

With more than two decades of experience studying, performing and teaching guitar, James is well versed in many musical styles. He began his exploration of music with the piano, which he continues to study. He played various wind instruments throughout his school years and began studying guitar at age 14. While fluent in most contemporary guitar styles, his focus is in rock, pop, blues and R&B.

James began to play professionally at age 18, traveling the United States and Canada with a variety of rock and pop acts. During this period he also did extensive session recording work in Pittsburgh, Cleveland, New York and Chicago. He spent some time as a songwriter for development deal artists at studios in both New York and Cleveland.

James currently is a busy working guitarist, regularly clocking more than 130 nights a year of live performance across the country. He has been teaching at N Stuff Music since 2007.

Gary began studying the drums when he was 11 years old. Throughout his school years, he played in the orchestra, concert band, marching band and jazz band. His band director at Riverview High School in Oakmont, PA, encouraged him to try out for several honors bands, which led to his participation the PMEA, district and state honors bands, all first chair. During his senior year, Gary won the National Orchestral Award, the John Philip Sousa Award and the Louis Armstrong Award. He graduated from Penn State University, where he placed first in talent shows two consecutive years for drum solos. After college, he studied with local drummer Lou Ross for several years and then began performing and recording with various bands in the Pittsburgh area, including Groove City, Jill West and Blues Attack, Uncle Funk's Jelly Jam, Dante's Inferno, Shari Richards, The Fuzzy Comets, Dr. Zoot, JD Strum, Rude Mood, The Beegle Brothers, Circle of Friends, Charlie in the Box, In the Saddle, Strange Brew, Shelley Duff Band, Terry Patterson, Jon Lowery and the Uptown Two, Lou Lombardi's Strangelove, Ferris Bueller's Revenge and The Kendall Brothers Band. Gary has also opened for music legends such as B.B. King, Loretta Lynn and Tanya Tucker.

William Irvine studied with Gerald Jennings at CCAC Boyce and Kenneth Burky at Duquesne University. He currently plays with the band Ferris Buellers Revenge, as well as every Sunday in church.

Zack Leya is a Pittsburgh native who has been a performing artist since he began playing guitar in third grade. He is a graduate of the Mary Pappert School of Music at Duquesne University where he studied jazz guitar with some of the nation’s greatest guitarists, including Mark Koch and Joe Negri. Zack writes and records his own music which can be found on YouTube. He continues to play at various venues throughout the city and at his family’s studio/venue, Liveburgh Studio in Glenshaw.

Steve Ippolito is a native of Burlington County, NJ, where he began playing drums at the early age of 6 and continued in high school and college. Steve graduated from the University of Pittsburgh in 2015 where he was involved in a multitude of ensembles including the University of Pittsburgh marching band and pep band, Pitt jazz ensemble, small jazz combo group and symphonic band. He has received top notch instruction from jazz greats such as Geri Allen, James Johnson III, Greg Humphries and Yoko Suzuki. Steve also marched two seasons in the Drum Corps International circuit and has experience instructing marching drumlines and indoor percussion groups. He currently plays with rock/jazz fusion band The Clock Reads, who play several national music festivals and club performances that attract fans from across the country. When not touring, Steve leads the Electric Samba Band which performs locally in Pittsburgh.

Troy began playing guitar and taking lessons at the age of 12. He was immediately drawn to improvisation, which continues to be very integral to his studying and performing. Throughout high school he played various instruments but chose to focus on classical guitar when he went to Edinboro University in 2011.

While in college he developed an interest in piano/synthesizers and began recording and performing with a variety of bands around Rochester, Burlington, and Albany. During this time Troy also began teaching lessons as well as singing in the Erie Philharmonic Choir. Having moved back to Pittsburgh in 2020 he continues to focus on teaching and performing, with a focus on jazz and blues.

Troy aims to deliver a well-rounded education that centers around musicality while reinforcing the fundamentals of both technique and music theory. He believes the best way to do this is by looking at these essential concepts within the student’s favorite music to keep it fun and engaging.

Jamie Grant began playing the cello at the age of 9 and pursued her musical studies through college. Her formative years were spent in the Baltimore/D.C. area under the tutelage of Baltimore Symphony cellists Eva Frantz Anderson and Mihaly Virizlay. While in Maryland, Jamie attended AACC with a concentration in music where she studied with members of the Annapolis Symphony, performed with AACC and Londontowne Symphony Orchestras and various chamber groups in the area while maintaining a private studio. Jamie relocated to Pittsburgh in 2009 to study under Adam Liu at Duquesne University, with a major in Music Performance. After college, Jamie spent a couple of years sailing the high seas with Celebrity Cruises as a contracted musician and member of Chroma String Trio. She returned to Pittsburgh in 2014 and has been an active member of the music community ever since, most notably as the choir director for Sacred Heart Church in Emsworth and as the Music Director for her band, The Cheer’ly Men.

Steve Goldbach is a performer and educator native to the Pittsburgh area. He is pursuing his undergraduate degree in Violin Performance at Duquesne University under the tutelage of Rachel Stegeman. At the Mary Pappert School of Music, he plays in a number of ensembles where he has been seated in principal positions, has been recorded in professional studios, and has played viola in chamber works.

Steve is also an enthusiastic teacher, having completed his philosophy course (ECC) in the Suzuki method and working to complete his Volume 1 certification by 2023. Welcoming to any student regardless of age, background, or experience, he has found success in his studios through positive, effective teaching.

Todd Seitz is a pro level guitarist, and has been an instructor for over 12 years. He has worked at numerous studios in both Los Angeles and Pittsburgh. Formerly, Todd was the Music Director at School of Rock in Wexford, PA. Much of his approach comes from the song first method, deriving music theory and technique from songs you can relate to. Specializations include neo-classical, shred and progressive lead guitar techniques. Todd graduated from the prestigious Berklee College of Music in 2009. At Berklee, he studied under many of the best guitar instructors in the country, including renowned guitar virtuoso Joe Stump. Todd's former recording project, Stygia, featured many talented and well known musicians from the metal and rock scene, including Mike Mangini (Dream Theater), Vitalij Kuprij (TSO), Chris McCarvill (Dokken) and Mike Vescera (Obsession, Former Loudness and Yngwie Malmsteen). He has also performed locally with several Pittsburgh bands opening for Devin Townsend, Otep and Hawthorne Heights. Genres and styles covered in lessons can include Acoustic, Rock, Beginner Jazz, Metal, Pop, Prog, Sight Reading and Neo-Classical music. Primary influences include guitarists Marty Friedman, Yngwie Malmsteen, Michael Romeo, Greg Howe, Timo Tolkki, Akira Takasaki, Kirk Hammett and Joe Satriani.

Margaret holds a B.A. in Music Education, a M.A in Musicology from Boston University, M.S. in Reading and Language Arts from Syracuse University, and an Ed.D. from NovaSoutheastern University. She has studied piano with Maria Clodes, Robert Merfeld, and Ralph Zitterbart among others. In addition, Margaret has studied Suzuki Methodology and is a certified Suzuki piano teacher. She has taught piano and music theory for a number of years, supplementing her teaching practice with various materials from a variety of methods and from standard piano literature. Currently she teaches at the Community Music School of Pittsburgh and at Little Lesson House.